Lebanon has experienced a massive influx of refugees over the past five years. Lebanon is home to approximately 1.2 million registered refugees from Syria alone. In addition, some 280,000 registered Palestinian refugees continue to live in ‘parallel states’ inside Lebanon, either in unofficial gatherings or in one of the country’s twelve refugee camps.

The total number of refugees inside Lebanon is estimated to be two million - representing a third of the country’s population. This population influx has had an overwhelming effect on the country’s social, economic and political stability. The country’s infrastructure is deteriorating rapidly and refugees are frequently denied access to basic services.

Unemployment is rising sharply, particularly among youth, and there is enormous pressure on public services. Nearly half of all Syrian primary school age children in Lebanon are out-of-school, according to UNHCR estimates.

Children in Lebanon continue to grow up in a climate of distrust and fear. Tension between different religious and ethnic groups still results in outbreaks of violence. The ongoing conflict between Hezbollah paramilitary forces and Israel is also continuing. Several clashes between the two factions were recorded in the first months of 2016, with casualties on both sides.

War Child is currently co-leading the psychosocial working group in Lebanon and providing protection and psychosocial support services to Syrian children. Our services are also accessed by significant numbers of children and young people from the Palestinian refugee and Lebanese host communities - contributing to peace-building efforts. 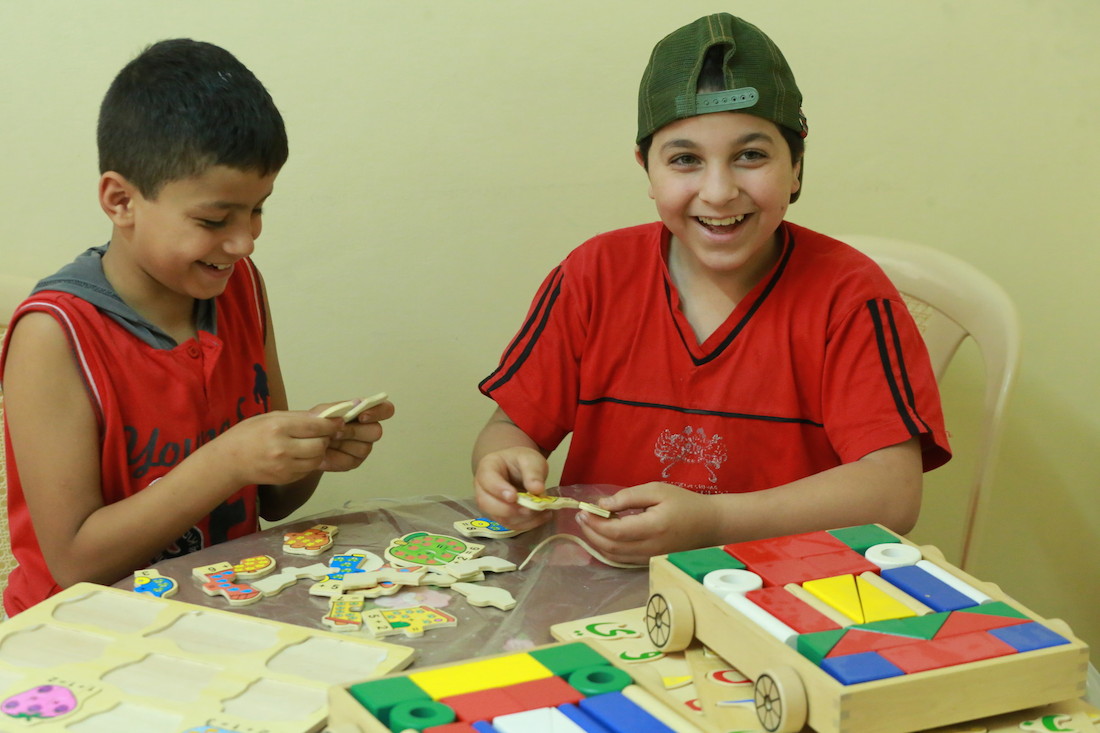 The year saw the successful launch of the new project funded by IKEA Foundation - ‘Time to Be a Child'. Detailed needs assessments were undertaken as part of this process and collaboration with War Child UK was successful.

Our Sports and Humanitarian Assistance (SaHA) project - a joint venture with UNICEF, Right To Play and Dutch football federation the KNVB - has also been well received by beneficiaries. The project’s combination of sports, psychosocial support and life-skills activities have proven to be powerful.

The continuing transition to a community-based approach in our programme implementation encountered difficulties. Not all stakeholders are convinced of the value of the new approach and integrating individual projects has also proven difficult.

War Child in Lebanon has been actively responding to the Syria emergency crisis since early 2012. War Child is currently co-leading the psychosocial working group and providing education, protection and psychosocial support services to Syrian children. Our services are also accessed by significant numbers of children and young people from both the Palestinian refugee and Lebanese host communities.

Strengthening Protection and Resilience: This project - part-funded by UNICEF - is designed to actively engage communities to enhance protection and build the resilience of both children and caregivers within refugee and host communities.

Time to Be a Child: This project - funded by IKEA Foundation - sees ‘Safe Spaces’ established where vulnerable children can play, learn and develop in peaceful environments. The project is designed to protect Syrian children and vulnerable children within host communities from abuse and exploitation and provide them with the necessary skills and resources to foster their resilience and healthy development.

Improving the Safety and Living Conditions of Children in Home of Hope: Project to enhance conditions of at-risk children in the Home of Hope orphanage through a holistic child protection approach incorporating psychosocial support, education and legal support.

SaHA - Sports and Humanitarian Assistance: This project sees War Child work together with partner organisation Right to Play and Dutch football federation the KNVB. The programme uses football as a platform to harness the participation of children and young people in designing their own activities and events to improve their communities.

Youth on their Way to the Future: This project works to improve peace-building efforts between refugees and host communities.