Managing staff turnover was a key priority during 2016. Filling key positions in our country programmes was particularly challenging - 21 expatriates left and thirteen joined our country operations across the year as a whole. The retention of key staff is crucial if we are to realise our ambition to become the networked expert organisation for psychosocial wellbeing for children affected by conflict.

To increase the rate of staff retention across the organisation 2016 saw the introduction of new assessment mechanisms during the recruitment process for key field positions. The induction process for key field hires was also revised and intensified - a move which was necessary to meet the needs of an organisation with colleagues distributed across the world. Security trainings at head office are now mandatory for everyone travelling to programme countries. This entire induction process contributes to our move towards becoming an expert network organisation and also serves to strengthen ties between head office and the field.

A new Human Resources Management (HRM) Handbook for our country programmes - which draws on past experiences - was developed in 2016. The scope of the document broadened to encompass HRM principles, policies and practises and we expect to publish the final documents early in the second quarter of 2017. In addition, the draft versions of the handbook provided a framework for urgent HR issues.

Our focus on child safety increased over the course of the year. A police background check - ‘Verklaring Omtrent Gedrag’ (VOG) is in place for all employees and volunteers which will now be compulsory for anyone visiting or participating in our programme activities. Workshops for staff to increase awareness of child safety have also taken place.

We sought to test our position in the labour market by benchmarking our terms and conditions over the course of the year. For head office staff we joined the salary benchmark of the ‘Goede Doelen’ sector performed by Hucag. The findings of this process showed that broadly we occupy a healthy position in the middle of the labour market. Further analysis will be conducted in 2017. 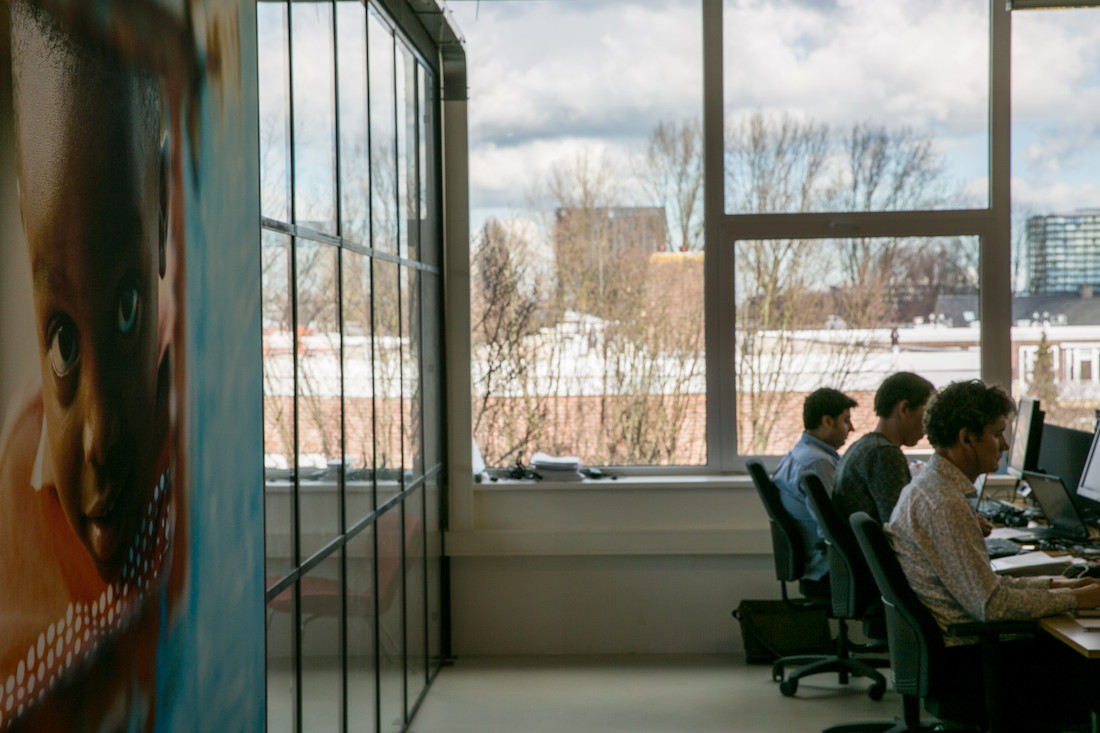 For expatriate staff we joined the salary benchmark of Birches; these findings were also satisfactory. Benchmarking of other benefits will be done through participation in a benchmarking process undertaken by AON in the first quarter of 2017. Our overall goal is to have a fair and healthy package of remuneration in place.

Our insurance portfolio is being revaluated with our broker. Two policies concerning disability situations will be increased or added - WIA hiaat verzekering (higher coverage in case of part disability) and WIA excedent verzekering (insurance of higher income). The coverage of employee risk for expatriates was reassessed and no change of addition was needed to conclude a satisfactory result.

As part of our ongoing efforts to bring increased expertise and capacity to our country operations, a strategy was drawn up to establish Regional Hubs in the wider areas where we work. These virtual hubs will coordinated from a field office in a relatively stable location and will allow for leadership, back office staff and systems to be shared between offices and across national borders. This initiative will allow programme staff to move in and out of countries quickly and focus on capacity building with partners for maximum impact and improved efficiency - particularly with regard to resources. This process will begin in the first quarter of 2017 with the development of a Regional Hub for the Middle East.

The safety of staff in our programme countries remained, as always, a primary concern. Policies and protocols are in place - developed in collaboration with our full-time Security Advisor - to ensure staff are protected as far as possible.

We were forced to enact these policies in South Sudan during the summer of 2016 following heavy fighting between the Government and opposition forces. The violence that engulfed the capital Juba included the use of artillery and helicopter gunships and widespread violence against civilians and aid workers.

To ensure the safety of our colleagues the decision was taken to halt all activities inside South Sudan and order staff to remain inside their compounds in preparation for evacuation. Our colleagues in Juba remained in their compound for three days before being flown out of the city’s airport. Staff in Eastern Equitoria (200 km east of Juba) were evacuated two days later by chartered plane with staff from other aid organisations.

Following evacuation our staff spent some two weeks in Uganda before they were able to return to Juba to resume our programming. Activities in rural areas remained reduced for a longer period due to continued insecurity.

War Child constantly examines ways in which we can both work more efficiently and prioritise innovation in our working methods. In the last quarter of the year we set up a small working group to investigate ‘Agile’ ways of working and their potential value to the organisation. Agile working methods prioritise getting work done with maximum flexibility and minimum constraints. This methodology sees fixed meetings replaced by ‘Scrum’ sessions, scheduled according to the particular needs of a project. War Child will adopt agile working methods for certain fundraising projects throughout 2017 and assess their value to the organisation.