Nineteen-year-old Ivan combines his university studies with work as a facilitator at War Child's former partner organisation Fundescodes. Ivan lives in Buenaventura, one of the most violent cities in Colombia. The port city is home to thousands of internally displaced people, many of whom are exposed to shocking levels of gang-related violence and armed conflict.

Ivan discusses the impact War Child had on his life when he was a child - and the contribution he makes to the lives of conflict-affected children today.

Life in Buenaventura is difficult because of the high levels of violence - which is there every day. Most of the children and youth in the city are forced to work for armed groups. The children are usually used as whistle-blowers or traffickers who have to be aware if the police or the army are near.

I began taking part in War Child activities when I was twelve or thirteen. The activities gave me a place where I could find refuge from the conflict. War Child gave me the tools to not be engaged with the conflict and the armed groups. They also gave me tools to help other kids - to not be part of the situation and the pressures they faced growing up.

Around 2,000 children took part in the programme. In their free time after school the children went every day to the activities that were put on by War Child.

Through the War Child activities the children gained many tools to protect themselves. They were strengthened in speaking out for their rights. The project provided the children with a place where they could find refuge and escape from the reality they faced in their neighbourhoods.

Now I work as a facilitator helping other children. What I want to bring to the other children is the same opportunities I had in the past with War Child and to try to protect them from the situations of conflict that we all live in. That’s what I want to offer. 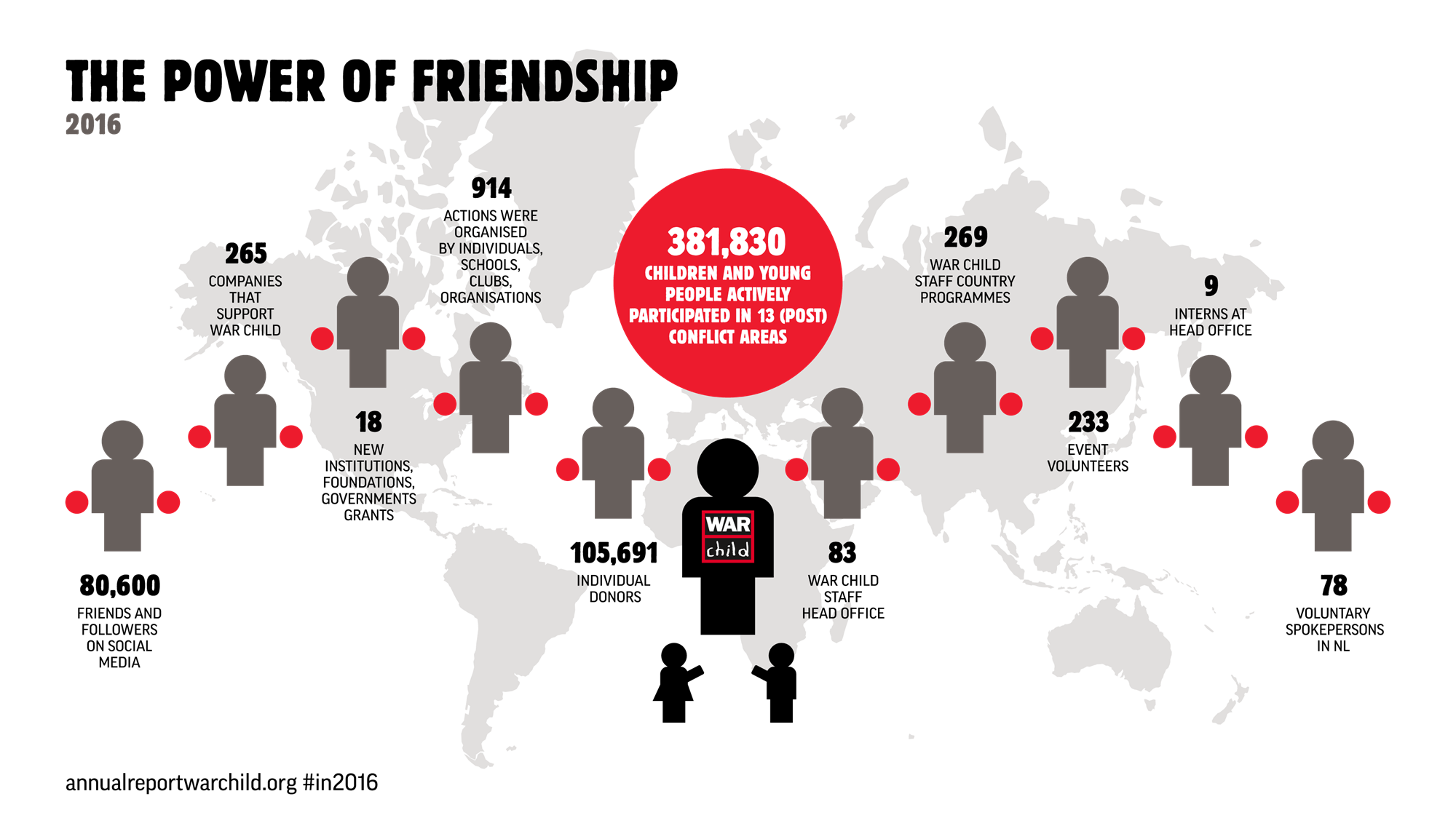