In its 2016 annual plan, War Child set a total income target of €29.9 million. Actual income in 2016 was €28.7 million. This is a slight increase in comparison with the total income of the previous year of €28.4 million. Although the total income level is comparable, the sources of income are slightly different on a year-on-year basis. 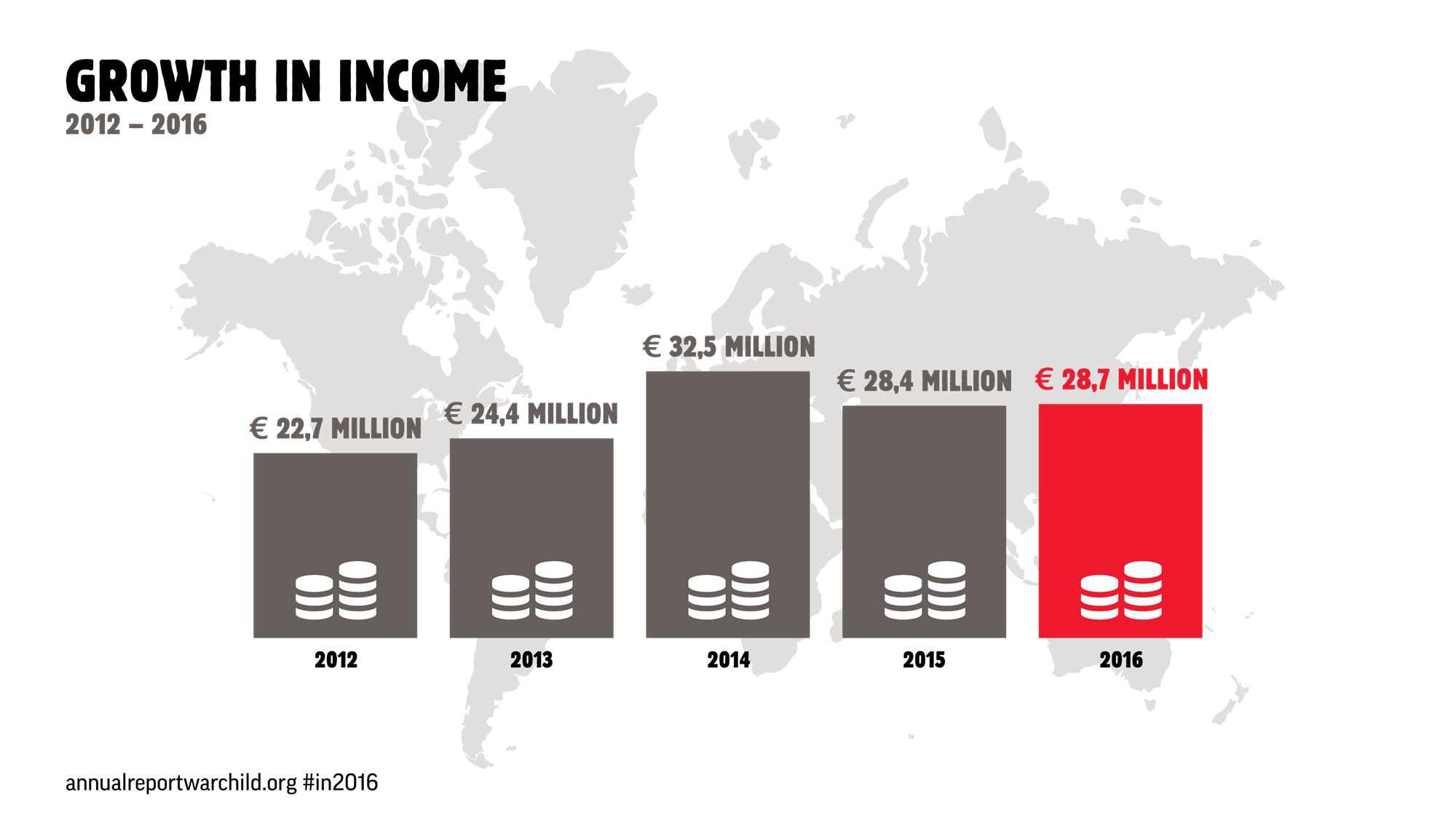 Income from government institutions in 2016 decreased year-on-year by €1.2 million, which was broadly according to plan. The large €21 million five-year ‘Medefinancieringsstelsel II’ grant from the Dutch Government, which was implemented in five countries, came to an end in the first quarter of 2016, as did a number of grants from the European Commission in various countries. Those grants were replaced by new one for our programmes from institutions including IKEA Foundation, the Government of The Netherlands and USAID.

Since some new projects took time to become fully operational, income could not be recognised according to plan in 2016, but we expect the income from those grants in 2017. A large project in Colombia, implemented with funds from the Canadian Government, shows good results in 2016 and will continue in 2017 and 2018. The European Commission remains an important donor contributing to our programmes in a number of countries.

Income from the Dutch Postcode Lottery increased by €0.2 million in 2016 compared to the previous year, which is related to a long-term grant that was awarded to our Can’t Wait to Learn programme.We are grateful that the Dutch National Postcode Lottery selected War Child as winners of the ‘Dream Fund’ grant in 2016. The IKEA Foundation also decided to generously continue to contribute to our programmes for multiple years.

Income from individuals and businesses

Total ‘own fundraising’ income in 2016 was €13.8 million, up from €12.2 million in 2015. The income realization was below the budget for 2016 (€14.6 million), which we now regard as too ambitious. Even so, an impressive increase of €1.6 million compared to the previous year was realised, largely thanks to increased donations from individuals and foundations. War Child is grateful that so many existing and new donors support our mission. They continue to give War Child the opportunity to support thousands of conflict-affected children and young people across the world. 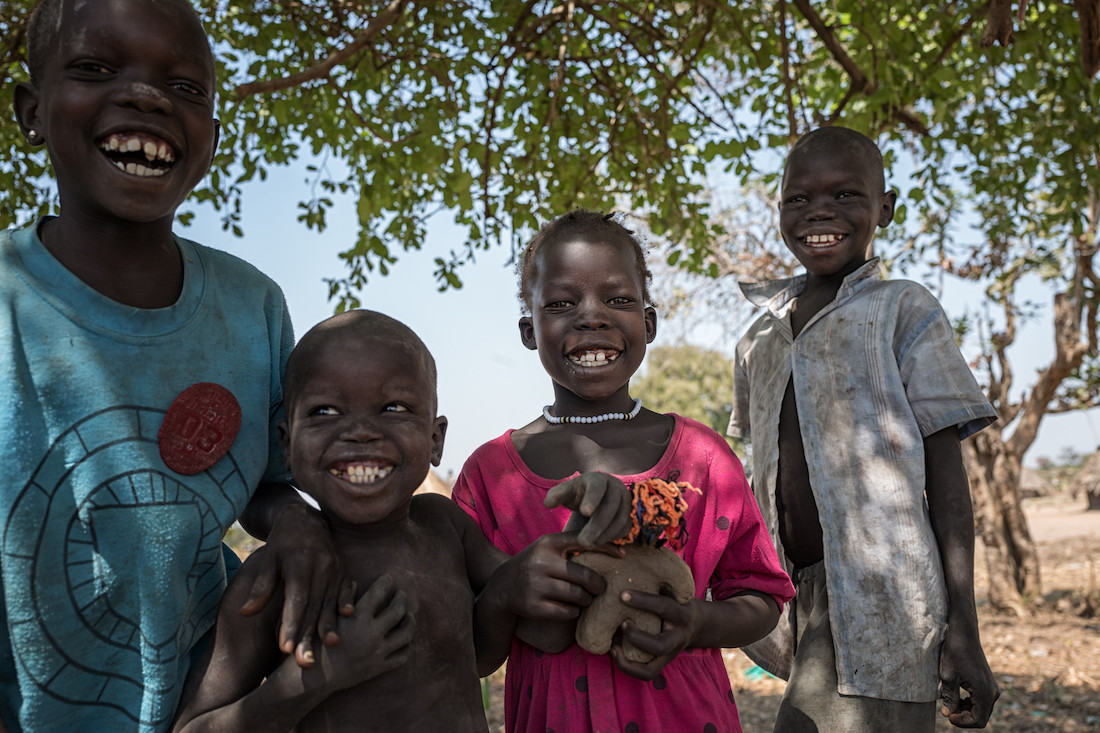